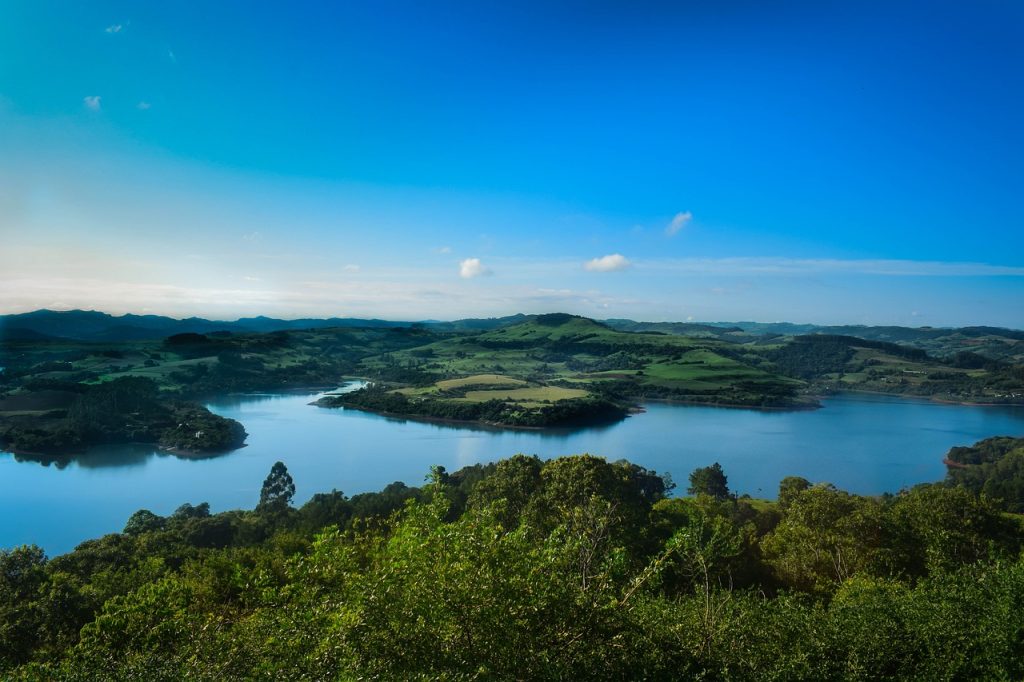 It borders Argentina to its west and Brazil to its north and east, with the Río de la Plata (River of Silver) to the south and the Atlantic Ocean to the southeast. Uruguay is home to an estimated 3.42 million people, of whom 1.8 million live in the metropolitan area of its capital and largest city, Montevideo.

One of the main attractions in Uruguay is the capital city of Montevideo, which offers a mix of history, culture, and modern amenities. Visitors can explore the city’s old town, known as Ciudad Vieja, which is home to many historic buildings and monuments. Some of the top sights to see include the Teatro Solis, which is the oldest theater in South America, and the Plaza Independencia, which is a popular gathering place for locals and tourists alike. Montevideo also offers a wide range of shopping and dining options, as well as a lively nightlife scene.

Another popular destination in Uruguay is Colonia del Sacramento, a charming colonial town located about an hour and a half from Montevideo by ferry. Colonia is known for its well-preserved historic center, which is a UNESCO World Heritage Site. Visitors can explore the narrow cobblestone streets, admire the colonial-style architecture, and visit the many museums and art galleries.

Uruguay has beautiful beaches to offer, like Punta del Este, famous for its nightlife, tourism, beaches and parties, and Piriapolis that offers a tranquil and laid back atmosphere.

Uruguay also offers many opportunities for outdoor activities such as hiking, horseback riding, and birdwatching in the wetlands of Rocha, and also rivers, such as the Uruguay River, that offers opportunities for fishing and water sports.

Uruguay has a rich cultural heritage, including the traditional gaucho culture, which can be experienced through folk music, dance, and local food. Visitors can attend a live tango show or go on a guided tour to learn more about the gauchos.

Overall, Uruguay is a destination that offers something for everyone, from history and culture to beaches and outdoor activities, making it an excellent travel destination.

Uruguay has a stable economy in an often volatile region. Since the 1990s, Uruguayans have consistently voted in national referenda to keep their public utilities state-run.
Uruguay does not have the dramatic scenery of Chile or Bolivia. But it does have outstanding art-deco architecture, white unspoiled ocean and river beaches which breathe an air of nostalgia from the 1950s and 60s and peaceful countryside.  One of the most exciting reasons to visit Uruguay is for music and culture.

Climate:
Located entirely within a temperate zone, Uruguay has a climate that is relatively mild and fairly uniform nationwide.  Seasonal variations are pronounced, but extremes in temperature are rare. As would be expected with its abundance of water, high humidity and fog are common. The absence of mountains, which act as weather barriers, makes all locations vulnerable to high winds and rapid changes in weather as fronts or storms sweep across the country.  Both summer and winter weather may vary from day to day with the passing of storm fronts, where a hot northerly wind may occasionally be followed by a cold wind (pampero) from the Argentine Pampas.

The nation’s capital and home to nearly half of Uruguay’s population, Montevideo is a vibrant, eclectic place with a rich cultural life. Stretching 20km from east to west, the city wears many faces, from its industrial port to the exclusive beachside suburb of Carrasco near the airport.  Montevideo has a lot of beaches, which are a great place to head on a hot day. There are a few on the outskirts of the city, and along the Rambla, and more near the Old Town.   Here in the capital of Uruguay, you’ll find the headquarters of Mercosur (a commercial union between Argentina, Brazil, Paraguay, Uruguay and Venezuela) due to the city’s ideal political-geographic location, right on the best natural port on the continent. The warm ambiance provided by the friendly locals, combined with amazing architecture and unique scenery, make this destination an extraordinary place to visit. 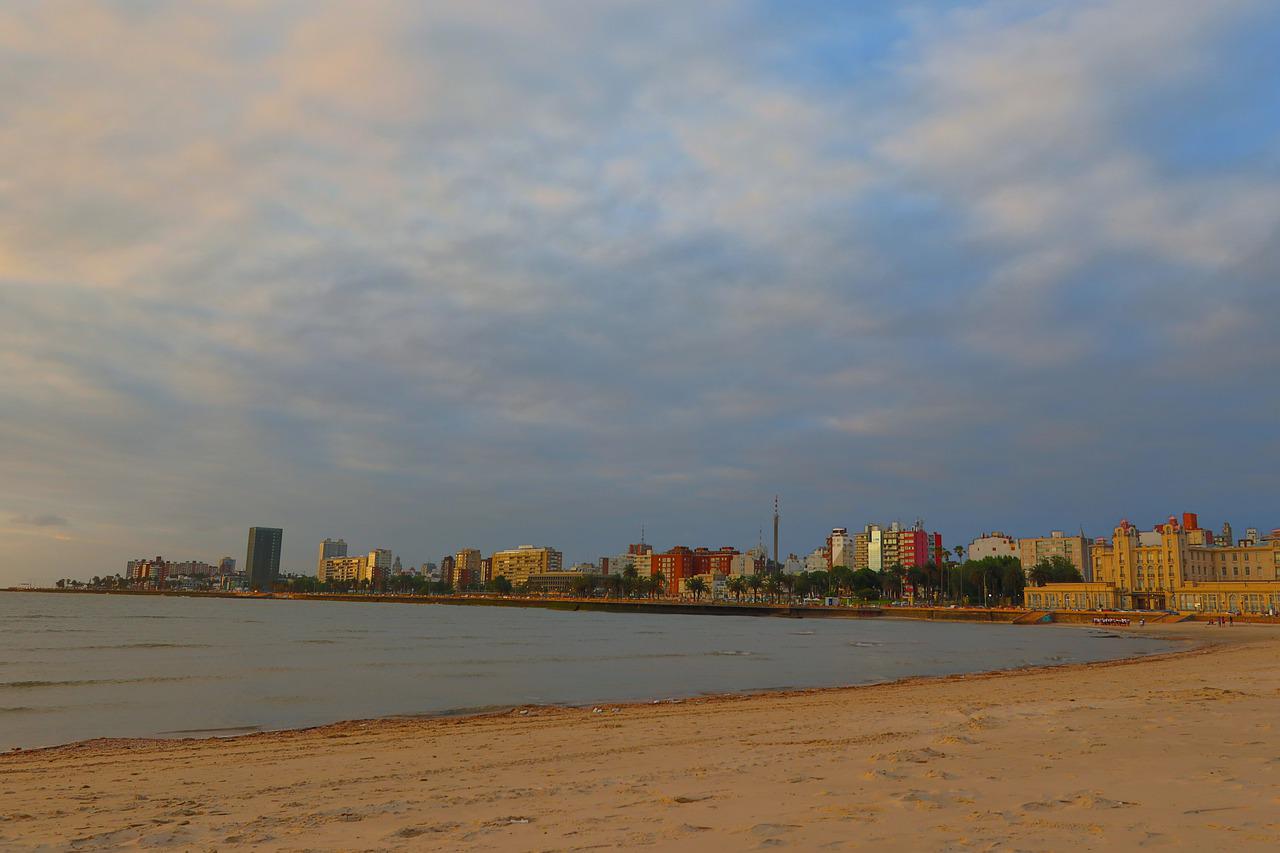 Punta del Este is a city and resort on the Atlantic Coast in the Maldonado Department of southeastern Uruguay. Although the city has a year-round population of about 9,280, the summer tourist boom adds to this a very large number of non-residents. Punta del Este is also the name of the municipality to which the city belongs. It includes Punta del Este proper and Península areas.
Punta del Este is known as the St. Tropez of Uruguay, thanks to its beautiful beaches, upscale resorts and swanky nightclubs.
Punta del Este’s scenic coastline is divided in two regions: Brava (Spanish for “fierce”) and Mansa (Spanish for “tame”). The limit between the two marks the end of the Río de la Plata and the beginning of the Atlantic Ocean, and split is signaled by the Mano de Punta del Este, which the sculptor designed to warn swimmers about the danger of rough waves. Beaches on the Mansa side feature thick and golden sand, while on the Brava side the sand is white and fine. Every beach of the peninsula has public access.  The city has much colonial architecture contrasting with more modern buildings. Nowadays it has a scenic shore, typical resort houses, modern buildings, a port with mooring capacity, department stores, restaurants, and pubs. There are several large houses, and gardens lined with plants. 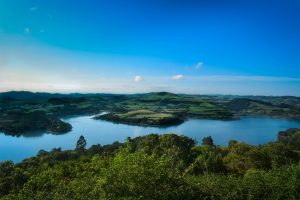 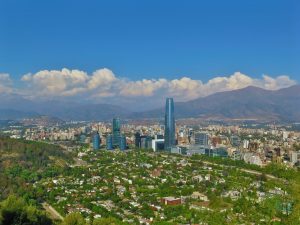 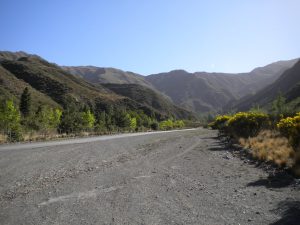 In BUSINESS CLASS from USA to Argentina for just US$ 1,674 (round-trip)