Cape Town is the second largest city in South Africa and is the capital of the Western Cape Province, as well as being the legislative capital of South Africa (the Houses of Parliament are here). It is located in the south-west corner of the country near the Cape of Good Hope, and is the most southern city in Africa. It is a stone’s throw from South Africa’s world-famous Cape Winelands around Stellenbosch, Paarl and Franschhoek.

Located on the shore of Table Bay, Cape Town was first developed by the Dutch East India Company as a victualling (supply) station for Dutch ships sailing to East Africa, India, and the Far East. Jan van Riebeeck’s arrival on 6 April 1652 established the first permanent European settlement in South Africa. Cape Town quickly outgrew its original purpose as the first European outpost at the Castle of Good Hope, becoming the economic and cultural hub of the Cape Colony. Until the Witwatersrand Gold Rush and the development of Johannesburg, Cape Town was the largest city in South Africa.

Cape Town is not only a popular international tourist destination in South Africa, but Africa as a whole. This is due to its good climate, natural setting, and well-developed infrastructure. The city has several well-known natural features that attract tourists, most notably Table Mountain, which forms a large part of the Table Mountain National Park and is the back end of the City Bowl. Reaching the top of the mountain can be achieved either by hiking up, or by taking the Table Mountain Cableway. Cape Point is recognised as the dramatic headland at the end of the Cape Peninsula. Many tourists also drive along Chapman’s Peak Drive, a narrow road that links Noordhoek with Hout Bay, for the views of the Atlantic Ocean and nearby mountains. It is possible to either drive or hike up Signal Hill for closer views of the City Bowl and Table Mountain

Climate:
Cape Town has a warm Mediterranean climate (Köppen Csb), with mild, moderately wet winters and dry, warm summers. Winter, which lasts from the beginning of June to the end of August, may see large cold fronts entering for limited periods from the Atlantic Ocean with significant precipitation and strong north-westerly winds. Winter months in the city average a maximum of 18.0 °C (64 °F) and minimum of 8.5 °C (47 °F). Total annual rainfall in the city averages 515 millimetres (20.3 in). Summer, which lasts from early December to March, is warm and dry with an average maximum of 26.0 °C (79 °F) and minimum of 16.0 °C (61 °F). The region can get uncomfortably hot when the Berg Wind, meaning “mountain wind”, blows from the Karoo interior for a couple of weeks in February or early March.

Cape Town’s urban geography is influenced by the contours of Table Mountain, its surrounding peaks, the Durbanville Hills, and the expansive lowland region known as the Cape Flats. These geographic features in part divide the city into several commonly known groupings of suburbs (equivalent to districts outside South Africa), many of which developed historically together and share common attributes of language and culture.

Almost everything is possible in Cape Town, from a nice guided city tour through an adrenaline kick in an old fighter jet. The easiest way to get an overview on things to do, nice restaurants, clubs, tours etc is to walk into one of the visitors’ centres which can be found in several areas. (V&A Waterfront, City Bowl, Green Point etc). A good option to consider is to make use of a reputable tour guiding company.

Cape Town has some of the worlds best wine producing vineyards and arguably the worlds most scenically stunning on it’s doorstep. The wine regions of Stellenbosch, Franschhoek and Paarl are all with in an easy hours drive, these historic and lush regions offer stunning views and world class wine tastings. There are more than 250 wine farms within 30 minutes’ drive of Stellenbosch – you can comfortably visit 3 or 4 in day. Most wine farms charge a tasting fee of R20 – R50, but waive this if you buy wine.

Powered by GetYourGuide. Become a partner. 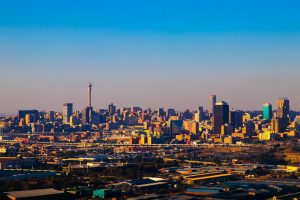 Sale! In BUSINESS CLASS from Europe to Johannesburg from only €1,491 (RT) 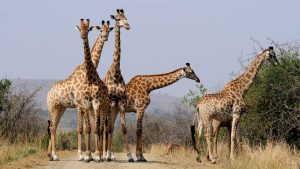 Fly in BUSINESS CLASS from Amsterdam to South Africa for just €1,670 (round-trip) 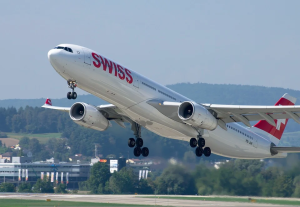 In FIRST CLASS from the Netherlands to South Africa from only €3,018 (round-trip)