A Quick Guide To Seville, Spain 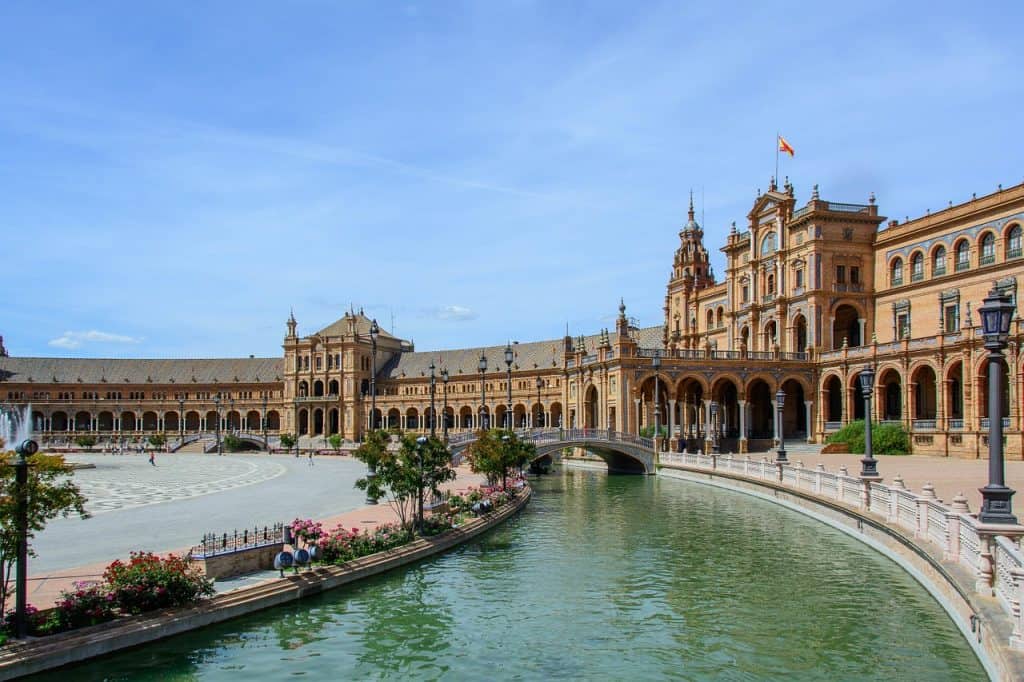 Seville is one of the jewels of Spain, with architecture, museums, food and shopping that make it a must-see holiday destination.  But Seville is also the neuralgic centre of the South of Spain, a city full of life and possibilities.

Seville is in the Spanish region of Andalucia, which also includes the coastal resorts of Costa del Sol and Costa Almeria. Seville itself is set inland, although the coastal areas are within easy reach. It has its own airport, which is a 45 minute drive from the city. Seville is the capital and largest city of the Spanish autonomous community of Andalusia and the province of Seville. Seville is located inland, not very far from the Andalusian coast, but still sees a much more continental climate than the nearest port cities, Cádiz and Huelva. Its distance from the sea makes summers in Sevilla much hotter than along the coastline.
Seville was founded as the Roman city of Hispalis. It became known as Ishbiliyya after the Muslim conquest in 712.

Where can I stay?

You don’t get a true feeling for Seville by staying in a large chain hotel. You need to choose a small, friendly but stylish boutique hotel that reflects the nature of the city and its people. Try a boutique hotel like Casa No 7, which only has 6 bedrooms and is decorated with style and taste around a small courtyard, typical of Seville. Alternatively, the Casa Romana boutique hotel is right in the middle of Seville, which means that you can use the hotel as a cool and refined base while you check out everything that Seville has to offer.

How do I get around?

The city of Seville is famous worldwide for its culture, monuments, traditions and artistic heritage.  Sevilla is well connected to Madrid by the Spanish high speed train AVE. The city also has an international airport and you can hire cars at Seville airport to visit other cities.  Seville is a busy city with lots of narrow roads, and it is a brave person who attempts to drive – or park – in the main areas. Parking in particular is very limited and often restricted to residents of businesses; so avoid parking fines and unnecessary stress by only hiring a car if you’re planning to drive outside the city. Instead, use the very regular and reliable bus service which costs little and offers multiple journey tickets, or get one of Seville’s white taxis. Tourists often take a horse and carriage to see Seville’s main sites – this is a particularly popular option with couples and families. As with most cities, one of your best options is to walk. There are maps available from the tourist offices and you can explore Seville at your leisure.

What can I see?

Seville is famous for its Cathedral, which is the largest in the world. Built on the site of a twelfth century mosque, it is simple, but awe-inspiring and a sight not to be missed. Also make sure you see the Casa de Pilatos, built by the first Marquis de Tarifa in the early sixteenth century. It is one of the finest palaces in Seville and now also houses a courtyard and park, at the end of which are mansions that have been turned into museums. For a real taste of Seville, spend some time in the Barrio Santa Cruz, one of the most picturesque parts of the city, full of narrow lanes and surprising squares; whitewashed houses and excellent tapas bars. Tapas is thought to have been invented in Seville, and it’s certainly the way that most locals choose to eat. The range is incredible and the prices good, so take advantage of the more than one thousand places in the city where tapas is available. Explore the maze of alleyways in the old town and marvel at the historical Moorish influence. Wander streets lined with Orange trees and covered in Bougainvillea, refueling yourself with tapas and Rose as you go. Even if you usually have to be dragged to look at things like churches and cathedrals, Seville’s is likely to amaze you with its size alone: it is the largest Gothic cathedral and third largest church in the world.

Book here your hotel in Seville: