5 Top-Rated Attractions & Things to Do in Cairo, Egypt 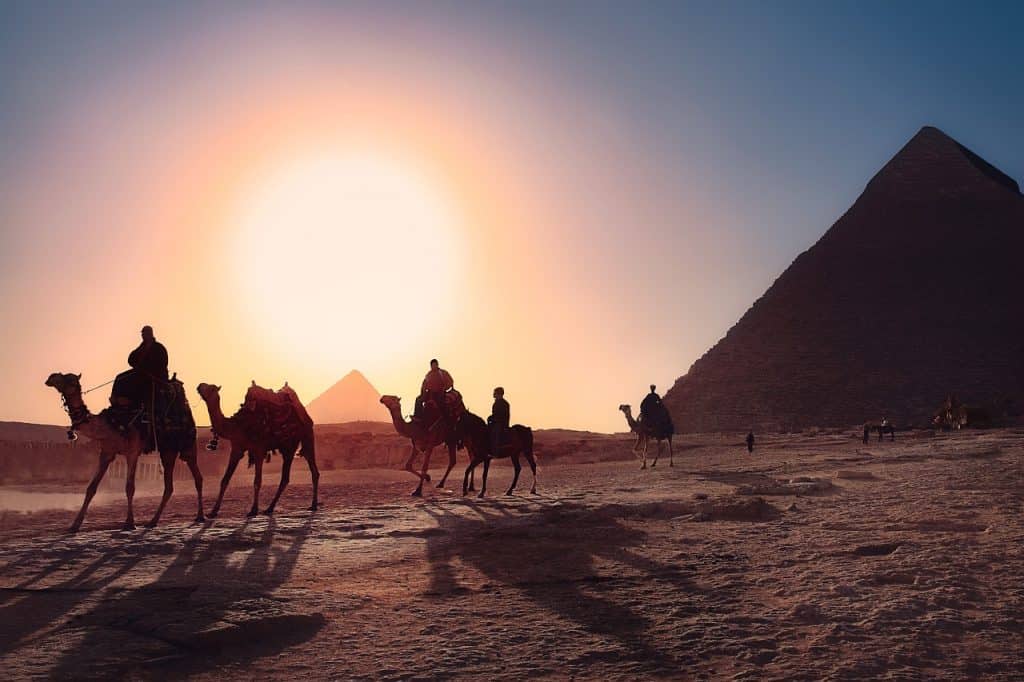 Cairo is one of the most important megacities in the world. Cairo is as beautiful as it is rich in historical finery, and yet it can be overwhelming and a challenge to your senses for first-time visitors. It’s a city traveler both love and hate.

Although it can be challenging to navigate due to the noise, pollution, and traffic, Egypt’s capital offers so many things to travelers who look beyond these problems.

Cairo is alive with energy and life. Here you can feel the Egyptian street culture. A trip to Egypt would not be complete without a stop in Umm al-Dunya, which Arabs refer to as “The Mother of the World.”

The city is home to many significant monuments, some of which span hundreds of years. Cairo has so many attractions that it’s impossible to see all of them in one day.

To help focus your visit and plan your time use our list of the top attractions and things in Cairo.

1. Marvel at the Pyramids of Giza
The most popular tourist attraction is the Giza Pyramids.  The Pyramids of Giza, Cairo’s most popular half-day excursion, are a must-see attraction for everyone on their itinerary.
Right on the edge of the city, on the Giza Plateau, these fourth dynasty funerary temples have been wowing travelers for centuries and continue to be one of the country’s major highlights.
You can’t miss a visit here, despite the dust and heat.

The Pyramid of Cheops, also known as the Great Pyramid or Pyramid of Khufu, is the largest Giza group. Its interior of narrow passages is accessible, but there’s not much beyond a plain tomb chamber and an empty coffin.

The Solar Boat Museum is located directly behind the Great Pyramid. It displays one of the ceremonial Solar Barques that were found in the area. This has been meticulously restored to its original splendor.

The lion-bodied, pharaoh-faced Sphinx guards these mortuary temples. This is one of the most iconic monuments in the ancient world.

Giza Plateau will welcome another attraction when it hosts the Grand Egyptian Museum(GEM) is now complete.

It will be the largest museum dedicated to the antiquities and artifacts of one civilization when it opens.

The museum’s opening date was set for late 2021 after a lengthy stop-start construction plagued by financial problems.

Most people arrive by taxi, but it’s also accessible by an easier-than-you-think combo of taking the metro to Giza and then hopping on a local minibus that drops you outside the entrance.

Many tourists choose to tour the area of the pyramids, which is often combined with a camel ride or horseback ride because it is so large.

It’s also one of the oldest universities globally – Caliph El-Aziz conferred it with the university status in AD 988. (Fes is the other university competing for this title). Al-Azhar University continues to be the most important theological center in Islam today.

The main entrance is the gate of the Barbers, located on the northwest side of the building. This is next to the neo-Arab facade designed by Abbas II.

You can leave your shoes at this entrance and enter the central courtyard. To your right, you’ll see the El-Taibarsiya Medrese. This has a mihrab, a prayer niche that dates back to 1309.

You can see the five minarets that cap the mosque from the central courtyard.

The main prayer area spans a massive 3,000 sq. meters and is found across the courtyard. The original structure’s front half remains, while Abd El-Rahman built the rear portion.

Al-Azhar Mosque, located in the heart of the Islamic Cairo district, is easily accessible by taxi.

Al-Azhar Street runs east of Midan Ataba downtown to the square that houses the mosque.

3. Spend Time Exploring Saqqara & Dahshur
The “other Pyramids” can be found in the vast necropolis of Saqqara or the nearby site at Dahshur. It is worth spending a day here as it is just as enjoyable as the trip to Giza’s pyramids. They are approximately 30 kilometers from Cairo.

Saqqara’s most visited tourist attraction is the Step Pyramid, but there are so many beautiful tombs all around that it is worth spending some time exploring.

Saqqara is huge and has a rich history as an ancient burial site. Excavations continue here to uncover newsworthy finds that have made headlines around the world.

Dahshur’s Red Pyramid (or Bent Pyramid) is just down the road. These are not to be missed. Even the shortest itinerary will take at most half an hour.

This souq (bazaar), a collection of narrow alleyways, was established in AD 1400 as a shopping area. It still rings with the clangs of silversmiths and metal workers.

Although the main streets are now completely dominated by the tourist trade, there are plenty of papyrus pictures and plastic pyramids for sale. However, you can divert from the main drag and explore the alleyways. The small shops and cluttered workshops in the area are great places to find traditional Egyptian products.

5. Climb Up to the Roof of Bab Zuweila
Bab Zuweila is one of the fascinating gates in the Islamic Cairo district.

You can climb up to the top of this medieval-era relic (built around the 11th century).

Two minarets are located at the gate, the last remaining southern gate in the old town.

The red-and-white Sheikh al-Mu’ayyad Mosque’s stonework is right next to it. A few steps further are the Street of the Tentmakers’ fascinating artisan stalls, where you can buy bulk quantities of Egypt’s bright, used fabric for weddings or other special occasions. 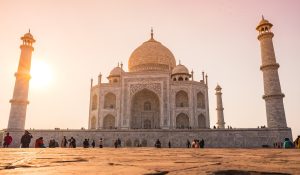 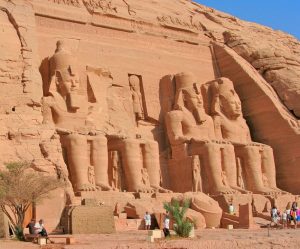 SALE ! Fly on the World’s Best Airline in Business Class / First Class from USA to Egypt from USD $2,607 (RT) 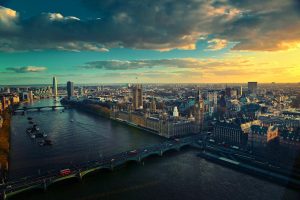 In BUSINESS CLASS from Thailand to The UK for just US$ 2,201 (round-trip)