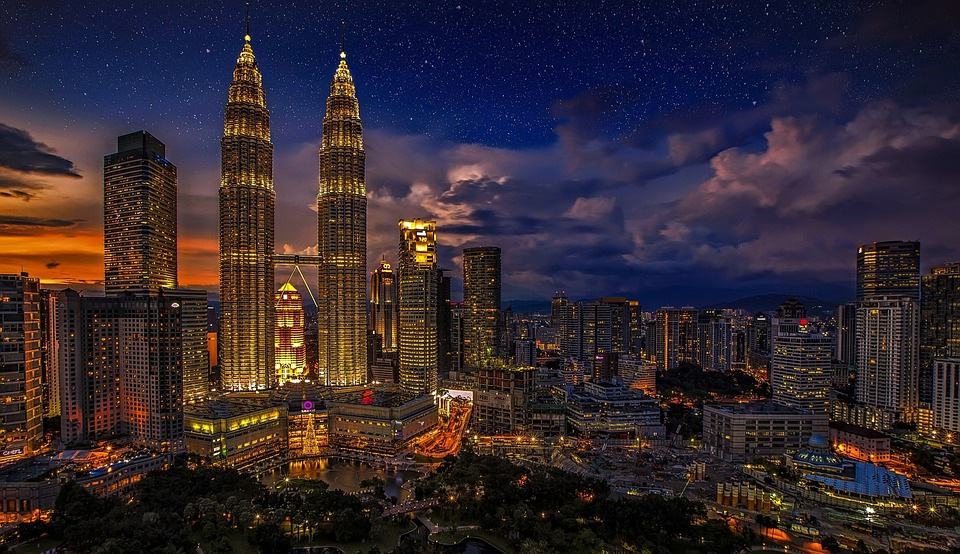 Kuala Lumpur is the capital and largest city of Malaysia. It is a melting pot of different cultures and religions, with a diverse population made up of Malays, Indians, and Chinese, among others. The city is known for its iconic landmarks such as the Petronas Twin Towers, which were the tallest buildings in the world from 1998 to 2004, and the iconic Sultan Abdul Samad Building. Visitors to Kuala Lumpur can also explore the old colonial center of the city, including Merdeka Square and the nearby historic district of Chinatown. Additionally, there are many temples, mosques, and shrines to visit, such as Batu Caves and Sri Mahamariamman Temple. There is also a wide range of shopping options, from luxury malls to bustling street markets such as Petaling Street. Food is a big part of the city’s culture, and there are many street food stalls and hawker centers offering a variety of delicious local dishes. Overall, Kuala Lumpur offers a mix of modern and traditional experiences for visitors.

Divided into numerous districts, its main hub is called the Golden Triangle which comprises Bukit Bintang, KLCC and Chinatown. KL is widely recognised for numerous landmarks, including Petronas Twin Towers (the world’s tallest twin skyscrapers), Petaling Street flea market, and Batu Caves, which is over 400 million years old.
The city’s bustling streets, its shining, modern office towers, and its cosmopolitan air project an unbounded spirit of progress and symbolize Malaysia’s unhesitating leap into the future. To some, this spirit seems to have been gained at the loss of ancient cultural traditions, but in many ways KL marks the continuation rather than the loss of Malaysia’s rich past.

Things to see:
KL hosts an amazing variety of architectural delights. The grandest old British colonial buildings lie in the city centre and include the former offices of the Colonial Secretariat (now the Sultan Abdul Samad Building) on Merdeka Square and the old Kuala Lumpur Railway station. They blend themes from the architecture of Britain and North Africa. On Merdeka Square’s west side, looking like a rejected transplant straight from Stratford-upon-Avon is the Royal Selangor Club. Near Merdeka Square is Masjid Jamek, a charming Moorish-style mosque set at a confluence on the Klang River. The National Mosque, Masjid Negara, (1965) celebrates the bold ambitions of the newly independent Malaysia. The National Monument in the pretty Lake Gardens is inspired by the Iwo Jima Memorial in Arlington, Virginia. The ASEAN sculpture garden is nearby. Also in the lake gardens is Carcosa Seri Negara, the former residence of the British High Commissioner, which now houses an upmarket hotel and colonial-style tea rooms. While some buildings in the high-rise Golden Triangle, such as the KL Tower, are uninspired copies of other famous structures, the Petronas Twin Towers are truly marvelous.

KL has a lively nightlife scene and a fascinating art and performance culture, which blends contemporary and traditional styles from many backgrounds. There is the widest range of sporting activities available with state-of -the-art facilities to impress any sporting enthusiast. 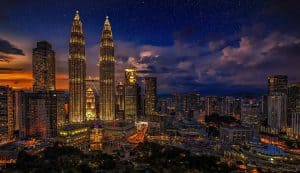 In BUSINESS CLASS from USA to Malaysia starting from only USD $2,562 (round trip) 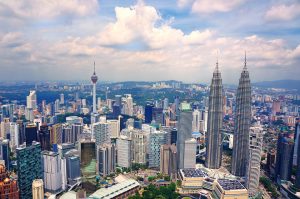 In Business Class from UK to Malaysia from only £1,759 (round-trip) 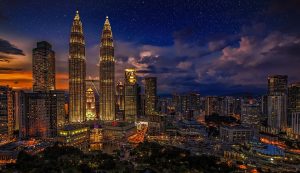